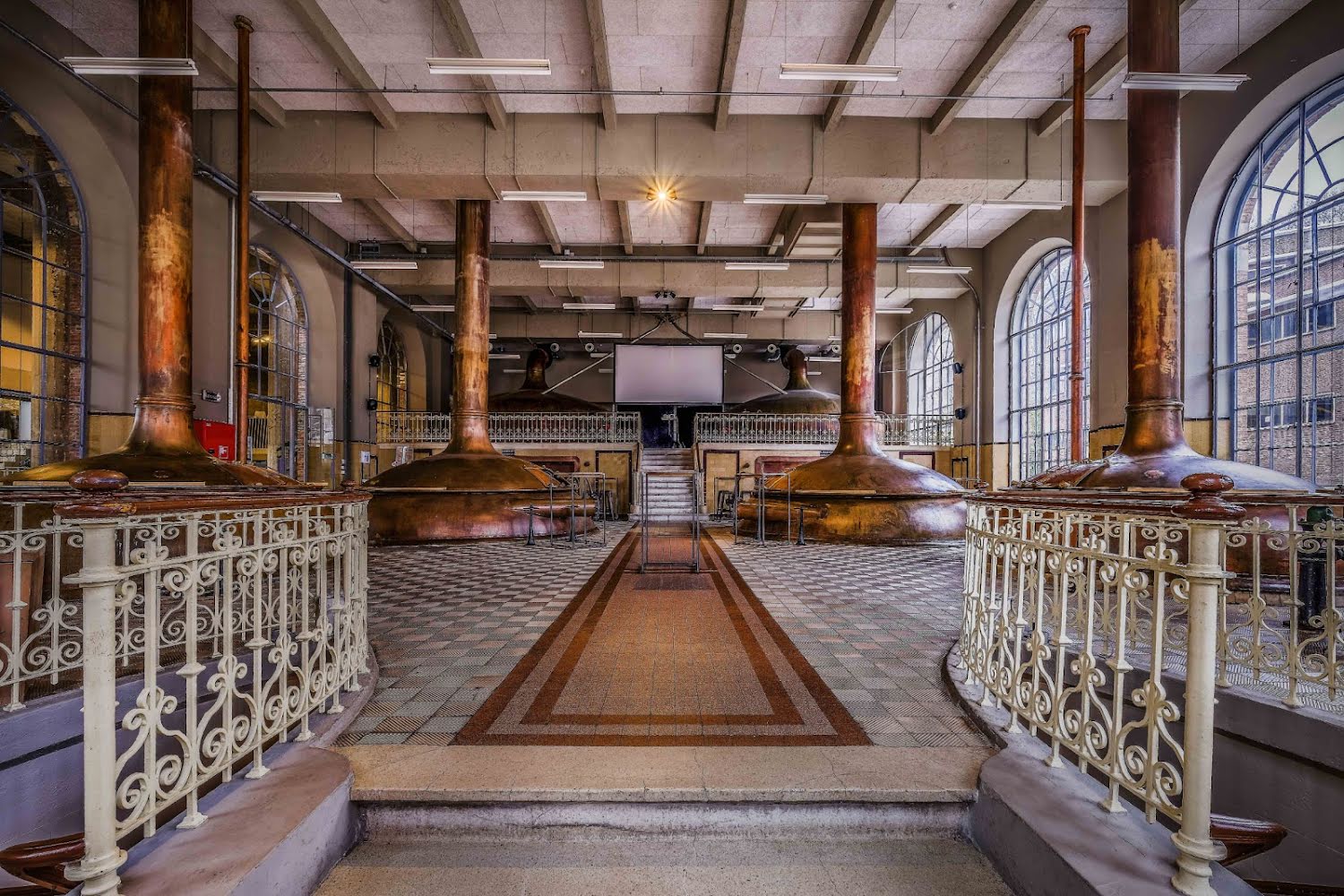 De Hoorn in Leuven radiates history. It is the place where the very first Stella was brewed. The large copper kettles in one of the event halls still bear witness to this. De Hoorn is well known to the many creative companies that have their offices there, but the general public still knows too little about the fantastic location. That is why the management contacted Evoke to let the general public know that the size of the workhub is being doubled.

We started a PR campaign to announce De Hoorn's plans through the press. This immediately led to a number of major articles in, among others, Het Laatste Nieuws, Bouwkroniek, De Vlaamse Ondernemer .... We then focused our attention on companies that are currently renting an office in De Hoorn. They testified about the cooperation and co-creation that exists between the companies themselves. This resulted in a nice double interview with CEO Sam Custers and Managing Director of Bonka Circus - Catherine Castille - in PUB.

Bart Vanhaeren, founder of Investsuite, also provided a nice testimonial with articles in, among other, Made in Flemish Brabant, Het Laatste Nieuws and De Vlaamse Ondernemer as a result.

In addition to press communication, De Hoorn calls on Evoke to write the monthly newsletter and we provide advice in the area of social media.

Uman.ai, a Belgian startup from Ghent, has just completed a venture round of half a million euros. They trusted Evoke to make this news public through the press.

LynxCare is a Belgian scale-up that focuses on value-based healthcare. The team consists of professional care providers on the one hand and data scientists on the other hand.

Teroco is a start-up from Herentals and wants to put itself on the map in Belgium as a databot pioneer. To get on the radar of Belgian journalists and the Belgian business public, they rely on Evoke's PR expertise.

ML6 is a young Ghent-based company that specializes in Artificial Intelligence and Machine Learning. After a first successful collaboration at the end of 2018, ML6 decided to use the PR expertise of Evoke on a fixed monthly basis.

In 2020 it will be exactly 250 years since Beethoven was born. Beethoven specialist Jan Caeyers and Le Concert Olympique count on Evoke for maximum press attention.

Evoke announces that it will become a PR partner within imec.istart, imec's business accelerator program.

My-Trucks was founded in 2012 by three entrepreneurs who were active in the distribution, banking and insurance sectors. In the first year, 22 trucks were sold. Seven years later they were able to hand over the key to their 1000th truck. To announce this news in the Benelux and France, the company contacted Evoke.

The listed WDP was looking for a PR partner for its financial communication in Romania. Thanks to the various international networks to which Evoke belongs, we quickly found the right partner on site.

Cellularline is the European market leader in the development of accessories for tablets and smartphones. They have been choosing Evoke for two years to maintain relations with the press and influencers. We do this together with our Dutch partner En Serio.

Jan Roel van Rhee is one of the best Sales Coaches in Flanders. He relies on Evoke to build more brand awareness. We do this by using press communication, content marketing and ... podcasts.

Saroléa and ML6, specialized in Machine Learning and Artificial Intelligence, created a scoop in the motorcycle world. The MANX7, the latest fully electric model of the vintage motorcycle brand that will soon be rolling off the assembly line, is equipped with Waizu from ML6. Evoke provided the necessary press attention.

Duravit organized a competition for several PR agencies. Evoke managed to convince the company with a creative and goal-oriented approach.

On the occasion of the Bruegel year, VLAM wanted to put the well-known flans in the spotlight. VLAM issued a pitch for various PR agencies. Evoke won the pitch with the best approach and provided a lot of attention through press, social media and VLAM's own channels.

Cegelec Fire Solutions and Fire Engineered Solution Ghent installed a large test setup at Campus Vesta to test the effect of sprinkler systems in an underground parking lot. Evoke invited the press and provided the necessary press coverage in the national and professional press.

Evoke also operates under the name Automotive PR Benelux. Companies such as WDP, DSV, Hödlmayr and Chevron rely on our expertise to see their name and services appear in the press.

Pulse Foundation is a foundation founded by some of our country's most prosperous families. The foundation contacted PR agency Evoke to announce the BEyond program.

Werk met Zin is an organization that has been providing quality career guidance for employees, students and organizations for many years. To launch their latest "Coffee & Coach" concept nationally, they first grabbed a coffee with Evoke.

Thonon's interior design experts are widely known for their craftsmanship and eye for detail. They rely on Evoke's expertise to communicate with their customers.

Top entrepreneur Steven Deduytsche has launched a brand new outlet platform. He and his team rely on Evoke's expertise for the platform's PR.

Group Vrebos has over thirty years of experience in installing windows, doors and porches. They count on Evoke for the communication with their customers.

Chubb Security Systems, the well-known specialist in burglary protection and fire detection, recently opted for a facelift of their website with a new design and a lot of new content.

Our potato deserves a little more attention. Therefore, Evoke, together with VLAM and Prophets, went looking for the Chef Patat of 2017.

De Overmolen in the spotlights

PR agency Evoke brings CO2Logic to the attention of the Belgian and international press thanks to frequent press releases, blogs and opinion pieces.

Rode Kruis-Vlaanderen contacted us for the copy of their 2016 annual report.

After we secured a lot of coverage in lifestyle media, we took a different approach and brought the story of Hugo as a 69 year old starter.

Febiac sent us on a mission: Establish the motorcycle as part of the solution for the current mobility issues.

After successful demos in China and the US, the Siemens Digital Factory Tour stopped in Huizingen.

Girls in IT: why not?

All the way for Royce’ Europe

Fortinet shares expertise on GDPR during a roundtable discussion organized by Evoke.

Evoke and Telenet elect most hospitable streets of Flanders

Evoke and Piet Huysentruyt pull out all stops for Lidl

Lidl hired Evoke to highlight their end-of-year range with a nationally well-received stunt.

Read more
You can also find us on